How to prevent and treat powdery mildew

A common problem among a wide variety of plants is powdery mildew. This fungal disease can creep up on you and affect the quality and health of your plants. Although it is a pain, it can be treated and prevented!

What Is Powdery Mildew?

Different species of powdery mildew affect different types of plants. Some will attack legumes, while others might attack nightshades such as tomatoes.

How To Identify Powdery Mildew?

This fungal disease is one of the easier plant diseases to identify. It has symptoms that are quite easy to identify. Infected plants have white, powdery spots on their stems and leaves. The infected plants almost appear as if they have been dusted with flour.

The white powdery mildew spots will grow as the fungal disease develops and affects more of the plant. The lower leaves of the plant are most commonly affected. Powdery mildew is also most likely to grow on the surface or upper side of the leaves, but it can be found on the underside of leaves occasionally.

Powdery mildew can also affect the growth and shape of a plant’s foliage and occasionally even its fruits. Young foliage is most susceptible to this disease and may turn yellow and dry out. Other leaves may twist, break, or otherwise become disfigured from this fungus too.

Powdery mildew is caused by several environmental factors. The fungi that cause powdery mildew thrive in climates that are warm and dry with high humidity. A lack of sunlight and poor air circulation can also contribute to the development of the disease.

How To Treat Powdery Mildew?

Unfortunately, most products available on the market target the prevention of powdery mildew rather than the treatment. However, there are a few that can be used successfully to treat this fungal disease. There are also several home remedies you could try to treat your plants affected with powdery mildew.

The first step to treating a plant infected with powdery mildew is to prune away the most affected areas. This is easily done if the disease is located on your plant’s leaves. The infected foliage that has been pruned should be discarded and removed from the vicinity of other plants. Don’t use diseased foliage to compost because spores will continue to develop and can spread to other plants.

Once you have pruned away as much of the diseased foliage as you can, the next step is to treat the remaining infected areas. Although they are few and far between, some fungicides can be used to successfully treat plants that are infected with powdery mildew.

If you have no luck with the fungicides or you would rather make use of a home remedy, there are some simple methods you can use. The first home remedy can be made using potassium bicarbonate, liquid soap, and water.

Mix one tablespoon of potassium bicarbonate with half a tablespoon of liquid soap (not laundry detergent) into one gallon of water. Pour the mixture into a spray bottle, and spray all affected areas of your plant liberally. As an additional boost, try adding some neem oil.

Another unlikely but useful DIY solution is using milk. Dilute milk in water with a ratio of one to ten. Pour the dilution into a spray bottle, and spray generously at the first sign of an infection. This mixture can also be used as a preventative method of treatment.

How Does Powdery Mildew Spread?

How To Prevent Powdery Mildew?

The best way to protect your plants is to take preventative measures. The first prevention method is to choose and grow plants that are resistant to the fungal disease. You should also plant your plants in sunnier locations that are ideal for the disease to develop.

Regularly check on your plants, and prune them to avoid overcrowded foliage that may not be getting enough air circulation. And for the best prevention of powdery mildew, treat your plants regularly with fungicides that specifically target powdery mildew.

Potassium bicarbonate is known as a contact fungicide. It is likely to kill the spores of the powdery mildew quickly.

Yes! Plants can be treated and can recover from being infected with powdery mildew. The treatment is simple and generally very effective.

The first signs of a powdery mildew infection are pale yellow spots on the plant’s leaf or leaves. White powdery spots follow this and can be found on both the top and bottom of leaves, stems, and fruits of the plant.

Powdery mildew is a common fungal disease that affects several different plant varieties. Although this disease is a pain, there are ways to prevent its development. The best treatment is always prevention, so care should be taken to avoid creating conditions where powdery mildew can thrive. 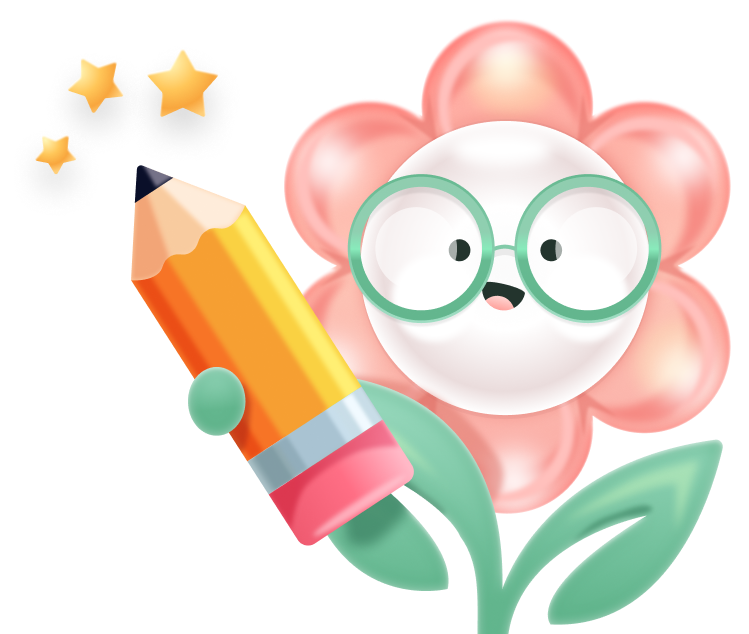 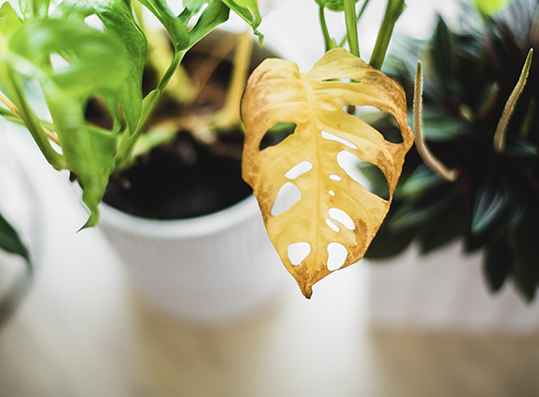 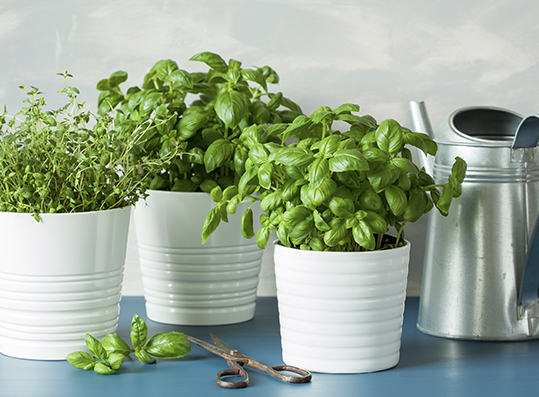 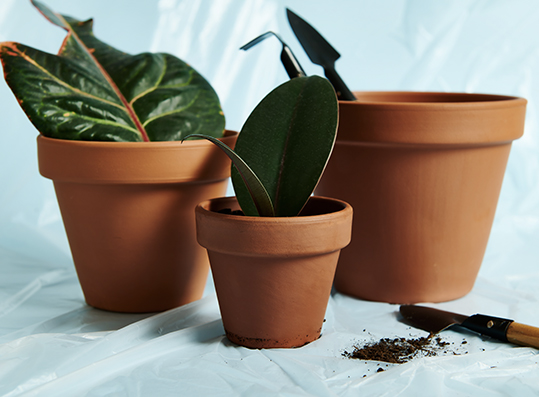 A guide for picking the right pot
Read more
Blossom - your guide to happy plants!
Plant, grow and care with confidence 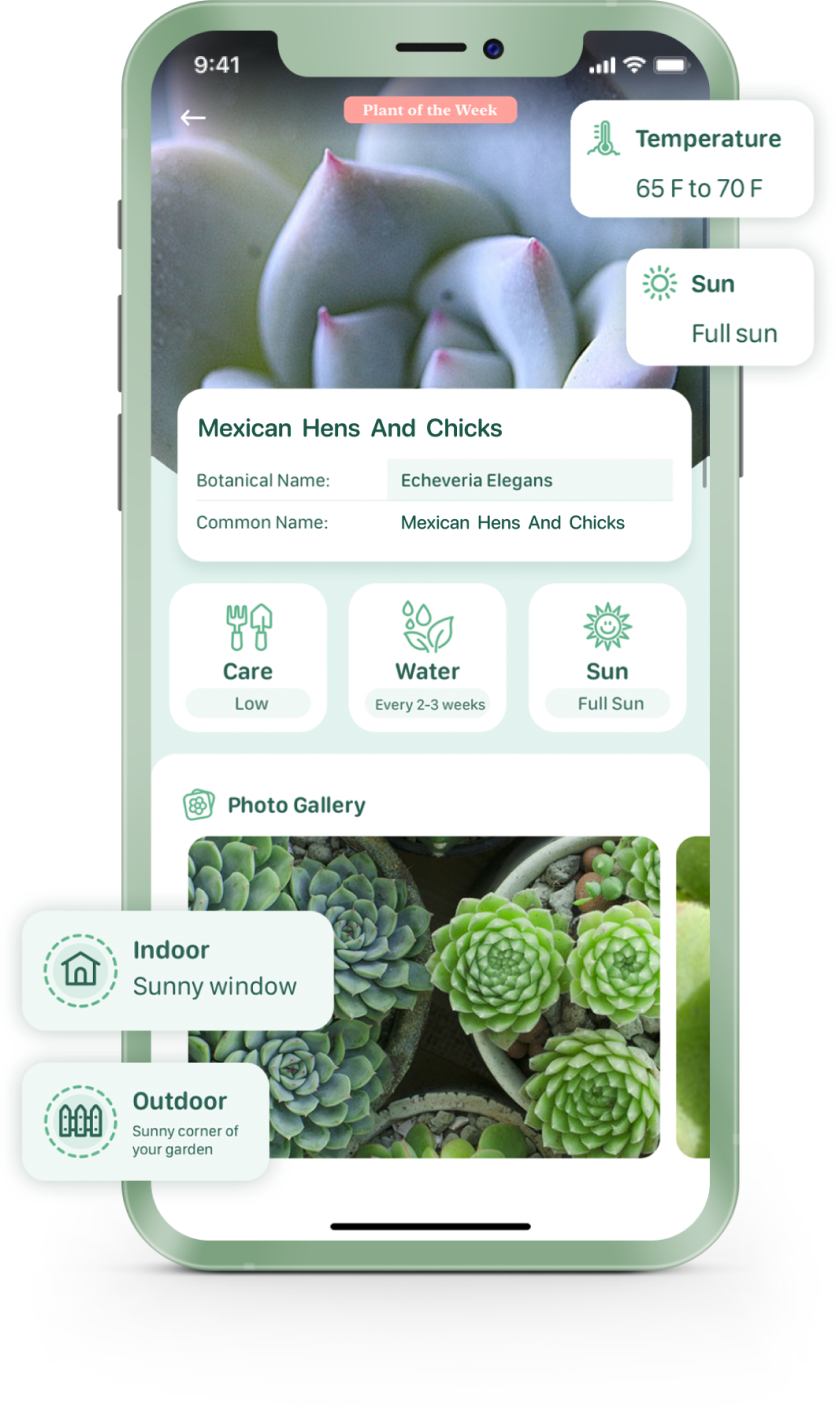